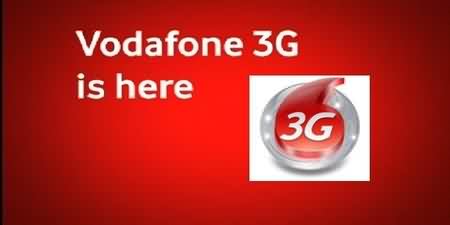 Vodafone network connection in Mumbai / Maharashtra region have noticed the Sign (Symbol) like ‘3G’, ‘4G’, ‘H’ or ‘E’ near network signal of mobile. So what does those signs means and how to make out that you phone is supporting 3G / 4G LTE network and currently into same or using the basic Vodafone live network which is low speed ?. Lets check out..”

3 Symbols You See Near Network Signal

3G : If you see this sign on Vodafone network, It means currently your mobile is in Network Coverage (Area) with 3G (Third Generation) high speed internet support.


E : Means ‘EDGE’ which is a GPRS network which is low speed compared to 3g high speed internet. Vodafone live has the ‘E’ symbol. Some times in few area of Mumbai when the 3G high speed is not available, Vodafone automatically gives out signal and gets the low speed GPRS (EDGE) network to keep the customers floating on internet at least with lower speed.
Check your Mobile Phone For 3G Compatibility

3G Compatible : You should buy your smartphone which is 3G HSPA (High Speed Packet Access) or alternately HSPA+ compatible, Latest high speed technology which is 2G and above needs this kind of cellphones which support High Speed Package Access or in layman language High Speed Data Transfer between the servers and handset. Also if you like to know about 3G setting on smartphones.

Non-Compatible : WCDMA and R99 are yet another 2 protocols which supports 2G or say Low speed 3G. One should check the same before getting new phone or you will see ‘E’ Edge symbol and 3G Symbol but with low speed experience actually.