“IMD (India Meteorological Department) already installed its first S-Band Doppler Radar in Mumbai located at Navy Nagar, Colaba (South Mumbai) on 29th October 2010. Another similar radar was expected at Mumbai International Airport (T2) in coming years, But it didn’t. The power S-Band weather forecaster Doppler radar which was installed instead of a China Made Metstar is a perfect huge electronic DOM like device for medium to long range weather forecasting within city limits. Lets understand how such radars help save city from floods and droughts like the one experienced in 2005..”

This special and powerful radar costs about 10 to 12 crores and is designed by ‘Bharat Electronics Limited’ and ‘Indian Space Research Organization’, designed specially for Kochi (Formerly ‘Cochin’) and was supposed to be used at Mumbai Airport area. A huge round shaped DOM on top of a iron tower is also portable to be installed on building’s terrace area like the one installed on Archana Building at Navy Nagar, South Mumbai. It uses electronic waves which transmits back billions of radio waves from clouds and around surface areas. It senses, captures and returns back the predicted data to IMD upon hitting the fine moisture particles in the air. With this data, IMD can keep updated with the upcoming weather and forecast climatic changes to handle any upcoming emergency conditions in weather. For the very first Doppler radar, 16 Storey Archana building’s terrace in Mumbai was specially modified to be installed at height of 68 meters.

Named after an Austrian Physicist ‘Christian Doppler’, This radar it gives real time forecast of Monsoon thunderstorms, It can also predict dates for upcoming monsoon rainfall days. It’s a wonderful device for medium and long range forecasting. It can accurately and more precisely predict and returns information at range of 250 km distance area.
Information like Mapping the water drops size inside clouds, Rainfall intensity, Upcoming possible Thunderstorms, High Tides, Speed at which rain and wind moves, and many other information which helps BMC and other departments be prepared for upcoming monsoon rains. Doppler also helps taking more correct decisions on the processes like Cloud seeding (Artificial Rainfall) in Mumbai. 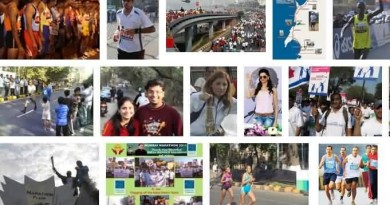