“BNHS (Bombay Natural History Society), which is an NGO in Mumbai since last 130 years, is specially core and keen when it comes to nature. Conservation Education Centre (CEC) which is cell formed in 1997 is particularly focused on nature education and related activities, was once part of Conservation education project which was launched by BNHS in 1993. Although BNHS actually initiated the awareness and education about nature long back in 1940’s, It was a boost and firm foot forward when Government gave a helping hand to develop CEC as core activity on its leased 33 acres forest land residing between ‘Sanjay Gandhi National Park‘ (Borivali) and Film City located at (Goregaon), at Western Railway Route, Mumbai Suburb.”

Since 1883, Bombay Natural History Society has worked hard towards every single event, research and services related to nature and more such activities. With about 17 departments coordinating and working as a team at various section of organization to bring best of the results in the field of nature conservation and awareness educational programs via events in Mumbai and other cities like Delhi, BNHS has many things on its list now. Some of the core activities / categories at BNHS being Research, Conservation, Nature Trails and Camping, Online Courses, Publications, Collections, Library, Education and on going Weekly, Monthly and Yearly Events is what this huge organization does now. This articles is focused on CEC, a cell (Division) activity focused on education and conservation of Nature in Mumbai, Thane and Many other location around Maharashtra, Nationally and Internationally too.

20 years back when Conservation Education Centre was formed in September of year 1997, the beautiful looking forest which is now core CEC location located between Borivali national park and Goregaon film city was not the same. It was just an degraded land as few locals around that area of Mumbai city used to cut the woods and use it as fuel. Their were hardly any greenery in that 33 acres old forest then. The great move by BNHS motivated state government to lease that complete 33 acres of De-forested land to CEC department for wildlife research and conservation in 1983, which helped the boost of nature trail, nature education and the beautiful re-growth of green thick and dense forest section again. CEC was launched in 1993 focusing on the primary motive of conservation education.
Since CEC worked towards restoration of the 33 acre forest area, the nature blessed in its way and attracted varieties of birds and other species of wild animals towards the lush green forest which gradually manifested again. Programs and events by CEC like ‘Be a Scientist of a day’, ‘Breakfast with Butterflies’, ‘Green Birthday and New year Parties’ and many more showed a beautiful insight of mother nature to citizens. Till date one can see wild animals like Leopards, Local and Migrants Butterflies, Deer, Rare plants like Star Mushrooms, Sambars, Cuckoo’s, Many Varieties of Flowers, Dangerous Cobra’s and other rock snakes and much more. Mumbai city is so blessed with the initiatives and activities of organization like CEC now, We just have to pull some time out to feel and enjoy the nature, and learn some core rules to be friends with nature and conservations via educational activities and events like Bird Watching, etc arranges by BNHS and CEC. Some of the events and activities are One Day Programme, Weekend Camps, National Camps, International Camps, Special CEC Programs. This education department of BNHS has in its very early stage started its own Online educational Courses in Ornithology, Entomology and Herpetology and more. 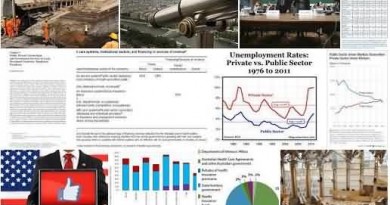 Process Of Getting Home Loan in Mumbai