“An introduction and comprehensive travel guide to the lifeline of Mumbai, The Mumbai Local Trains which is one of the largest networks and main / major public transport in city. Below are some interesting facts with other things to know that surely helps commuters of lifeline local trains, like timetable, station names, railway map and more..”

Local Trains The Lifeline Of Mumbai

In Mumbai Local trains are Life line of People staying here. Three main routes of Mumbai Railway Network are Western Railway, Central Railway and Harbor Railway which is the major source of travel and also cheap and faster. Most of the Service class people doing jobs travel via this mode of transportation which is always crowded. See also Station Names in Mumbai.

Western Line Local Trains runs From ‘Virar to Churchgate’, Central Rail Local Trains From ‘Chatrapati Shivaji Terminus (CST) to Kasara’, and Harbour Trains runs between ‘CST to PANVEL’, these Local trains and Railway lines are Connected to few of the Important Suburban Stations from which you can easily reach to any other place, Local trains starting from Churchgate, Andheri, Bandra, Dadar, Kurla, CST are always crowded till late night as this are the commercial hubs. The latest conversion from DC to AC is another major step related to local trains. Also See Travel Easy with Smart Cards ATVM ticketing.

All the local trains running in Mumbai railway network are NOT AC (Air Conditioned) trains which are 9 Couch trains & 12 /15 couch trains. Two Gents First Class coaches, two Ladies first class coaches, 2 Luggage compartments and one small separate Handicap compartment near 6th couch. There are also few Ladies special trains during peak office hours that helps working women to travel comfortably.
Crowded Local Trains
Crowded Local trains of Mumbai is a major problem now and people are falling down from trains getting injured and most of the times loosing their life. Highest crowded local trains are ‘Virar Trains’, sometimes people are breathless and falls unconscious, few cases are of heart attacks. Due to such huge crowd people don’t mind seating near the 25000 V wire above local train coaches, and hey don’t get surprise if we write ‘Its very Normal and Common practice now a days’ because they are unable to get into the trains. One can see small big oral and physical fights which basically happens because of uncomfortable travel. Now an important note, if for any reasons your have lost your luggage while travelling in local train then go to local train lost + found luggage department to check if some has deposited it there. Similar for central railway lost + found.
Latest Updated Local Train Timetable ( Mobile Users)

This printable version of Local train timetable for 3 major routes and more are as : 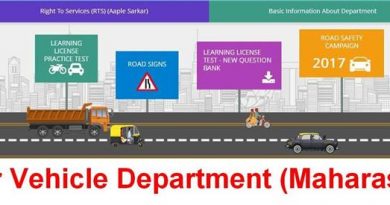