“Many aspects of one of the biggest train networks as Mumbai local trains is one of the largest and many things related must be know. This page covers major and small things one needs to know if travelling via these suburban local trains, The Lifeline of Mumbai. Things like ticketing system, time table, fares, regular & air conditioned trains, security related, helplines and more.”

First few things a person new to this commuting option usually wants to know about are :

More Questions ? : Feel free to use the comment box below and ask anything.

In the above section i already detailed about 3 major routes, Suburban, Major Railway stations and best time to travel in local trains. Below is something more one must also know related to local train routes and timings.

Western Railway Route is also called the ‘Main Line’ which connects Suburban and extreme north stations of Mumbai city (Which are called Vasai Virar locations) and Beyond that is Dahanu and Palghar train stations (Maharashtra state) and is end point for local trains. More ahead and beyond starts Gujarat state.

Inside the heart and core of city the very first and one of the oldest railway station is ‘Churchgate‘. The island city almost started around this location. Western railway local train network lengths a total of 123 Km (76.5 miles), Starting at Churchgate station and ends at Dahanu Road train station.

Peak Hour Timings : While traveling from North of Mumbai (Vasai, Virar, Borivali etc) towards South (Churchgate) Morning timings of 8:00 Am to 11:30 Am are considered as peak travel time. Similarly, if you are planning your travel towards Virar (North of Mumbai, Beyond Suburban stations) consider timings between 5:00 Pm and 10:30 Pm as peak office hours.

First Train Timings : From Churchgate, first local train starts at 4:30 Am. Similarly from Virar the first train is at 3:25 Am, From Borivali at 3:50 Am. Last train from Virar to Churchgate is at 00:05 Am.

Total 38 timetable scheduled for UP route : From Dahanu / Virar towards Churchgate Station

Total 47 timetable scheduled for DOWN route : From Churchgate towards Dahanu / Virar Stations

Total 44 timetable scheduled for UP route of Central Railway in Mumbai region. : Trains going towards CST. 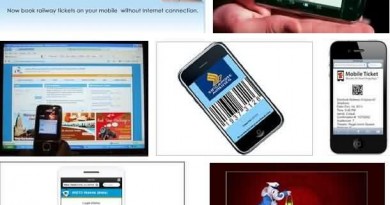